Ivan Simonovic14.36 min
The importance of human rights for peace and security and the value-added of the Human Rights up Front (HRuF) action plan 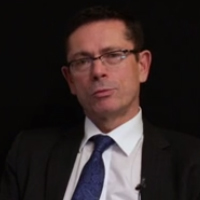